Reshaping the [Digital] World in [Near] Real-Time

Here’s a disturbing if not alarming trend I’ve noticed just recently. Last June (2019) I talked about the disturbing correlation of this technology to the frightening concept of forced disappearance or in Orwellian terms, becoming an ‘Unperson’. Since then, I’ve seen this technology trending, and on the rise, for instance, in this latest Apple iPad commercial:

This trend is even more alarming when one considers the implications of so-called ‘deep fake’ technology, now maturing after decades of active development, particularly in its employment to combat so-called fake news.

Looking into the 2020 election and beyond, Tytunovich believes it will even be harder to discern real from fake.

“I think currently it’s very easy to fact-check the different potentially deep-fake videos that might arise,” he said. “My worry with deep-faking is actually as technology evolves. … There is going to come a point in time … where deep-faking technology is so advanced that even technology will have a very tough time in understanding that it’s not legit.”

Things are going to get even weirder, he said, adding: “We’re going to see a lot of things that even Hollywood couldn’t think of 20 years or 30 years ago,” Tytunovich said. 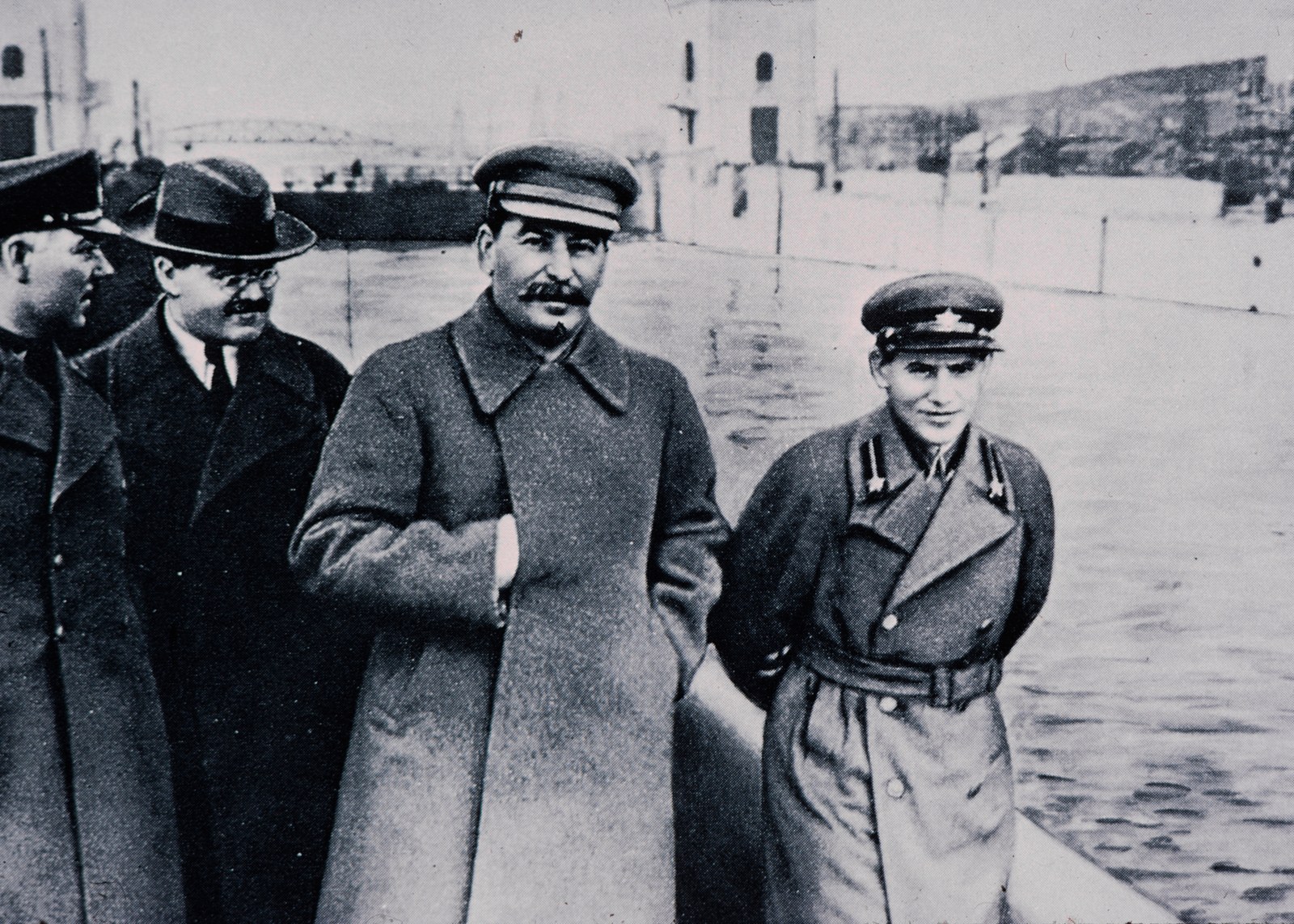 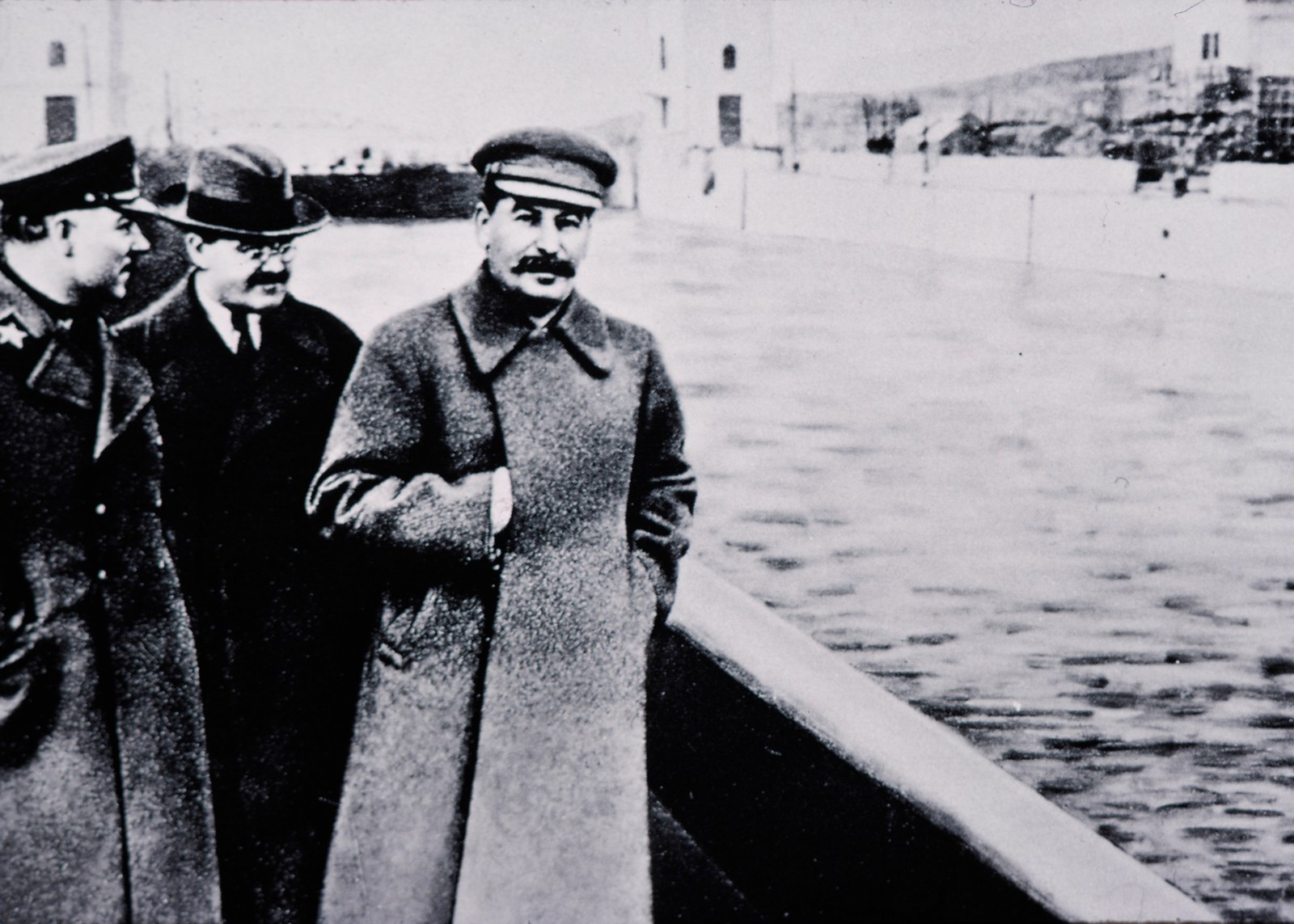 What is most disturbing is not the subject itself, but the ‘forced disappearance’ of perhaps the most notable historical references to it. Specifically, for instance, The Unperson – Simple English Wikipedia entry:

Quoting from the Introduction of “POLITICS OF ERASURE FROM “DAMNATIO MEMORIAE” TO ALLURING VOID” (2014) Edited by Anna Markowska:

Words “elimination” or “marginalisation” have dreary connotations in the history of the 20th century. Not so long ago dictators ordered to remove figures from pictures, at the same time erasing facts and removing the unwanted versions of history along with those that have lost the favour of the authorities. Nikolai Yezhov, the chief of the NKVD Soviet secret police, was retouched out of a photograph taken on 22th of April 1937 representing an inspection of building the Volga Canal (ills. 1–2). He accompanied Kliment Voroshilov, Vyacheslav Molotov and Joseph Stalin – the leader of the Soviet Union himself – and they all were presented while smiling, chatting and strolling along the river bank. The “bloody dwarf “ – as Yezhov was named – conducted the Great Purge and as he came into power thanks to Stalin’s graciousness, he also fell from it because of the loss of his leader’s favours. It was noticed, not without a black sense of humour, that he was replaced by the waters of the Volga Canal in Moscow. Noticeably, Yezhov was a People’s Commissar of Water Transport. He simply vanished – physically persecuted to death and morally in disgrace of memory. Although he disappeared from the official Soviet iconography because of falling into disgrace, his comeback after the perestroika was not in glory and he was not rehabilitated posthumously. Not a nonperson anymore, he can be again linked to documentary records, he regained his legal status but not his fame. Contrary to Yezhov, Lev Trotsky managed to extricate himself from an obvious moral label and the estimation of his role in Soviet revolution is more ambiguous. Although he was one of the major figures in the Soviet Politburo, deeply involved in shaping the new Bolshevik order, his being ousted from the Communist Party and exile from the Soviet Union secured him compassion in the Western world.

That “compassion in the Western world” for “the new Bolshevik order” has not been lost on the likes of Mont Pelerin Society alum, Bilderberg Group Steering Committee member, and presidential advisor, Peter Thiel:

…there was that very famous … speech … that you wrote wrote for Reagan, where it was, you know, tear down that wall, Mr. Gorbachev, and it was very effective. But … perhaps it was not only in the West that we learned lessons from it. The Chinese Communists also paid very careful attention to it, and they learned that … you had to have perestroika without glasnost, you had to get rid of the Marxism without getting rid of the Leninism…

It is a further point of irony, noting the aforementioned two pages indicate “No file by this name exists.”

When one observes the “File usage” entries on these pages, respectively:

The following pages on the English Wikipedia use this file (pages on other projects are not listed):

The following pages on the English Wikipedia use this file (pages on other projects are not listed):

These files were among those nominated for deletion on August 13, 2019. Still, the Before / After citation is still preserved in places like this sensagent entry, for example. But the images are nonetheless gone – a more glaring irony.

This growing trend of ‘forced disappearances’ is perhaps even more alarming when one learns the revelations of the Reece Committee, and specifically, what the Reece Committee Director of Research, Norman Dodd revealed to G. Edward Griffin back in 1982, regarding a ‘comfortable merger with the Soviet Union’.

Echoes from the Memory Hole

What is perhaps most disturbing of all is the forced disappearance of truth in present-day, post-9/11 America. For instance, George Soros (of all people) gives this provocative analysis of Orwellian Newspeak:

While ironically and coincidentally, the Infamous 60 Minutes Piece on Soros 1998 interview of George Soros by Steve Kroft just keeps ‘disappearing’. Thankfully, James Corbett has preserved that incredible disappearing interview, not soon (hopefully) to be memory-holed.

Funny that though, since in that interview, Soros proves himself a Nazi sympathizer the likes of Werner Herzog’s vile character The Zec in Jack Reacher (2012).

In his provocative article in The New Yorker, The Photo Book That Captured How the Soviet Regime Made the Truth Disappear (July 15, 2018) drawing largely from David King’s book, The Commissar Vanishes: The Falsification of Photographs and Art in Stalin’s Russia (1997) Masha Gessen closes with the following excerpt from Hannah Arendt’s “Truth and Politics” originally published in The New Yorker February 18, 1967:

The chances of factual truth surviving the onslaught of power are very slim indeed; it is always in danger of being maneuvered out of the world not only for a time but, potentially, forever. Facts and events are infinitely more fragile things than axioms, discoveries, theories—even the most wildly speculative ones—produced by the human mind; they occur in the field of the ever-changing affairs of men, in whose flux there is nothing more permanent than the admittedly relative permanence of the human mind’s structure. Once they are lost, no rational effort will ever bring them back.

I believe a fitting companion to those sentiments of Hannah Arendt’s, worth serious consideration in today’s America, are the following sentiments of Dietrich Bonhoeffer’s:

Upon closer observation, it becomes apparent that every strong upsurge of power in the public sphere, be it of a political or a religious nature, infects a large part of humankind with stupidity. … The power of the one needs the stupidity of the other. The process at work here is not that particular human capacities, for instance, the intellect, suddenly atrophy or fail. Instead, it seems that under the overwhelming impact of rising power, humans are deprived of their inner independence and, more or less consciously, give up establishing an autonomous position toward the emerging circumstances. The fact that the stupid person is often stubborn must not blind us to the fact that he is not independent. In conversation with him, one virtually feels that one is dealing not at all with him as a person, but with slogans, catchwords, and the like that have taken possession of him. He is under a spell, blinded, misused, and abused in his very being. Having thus become a mindless tool, the stupid person will also be capable of any evil and at the same time incapable of seeing that it is evil. This is where the danger of diabolical misuse lurks, for it is this that can once and for all destroy human beings.